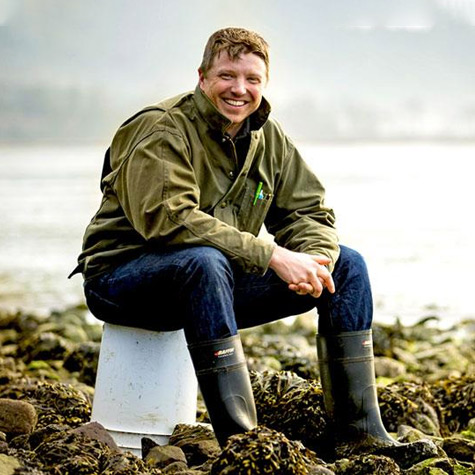 Ben Jacobsen owns and produces artisan hand-harvested sea salt at Jacobsen Salt Co., initially founded in Portland, Oregon and recently expanded to a facility located closer to the source in Netarts Bay, Oregon. Jacobsen Salt Co. harvests pure crystals straight from Oregon’s water in Netarts Bay to produce the finest artisan product. In 2009, he started to experiment. It took him two and a half years of trial and error before he finalized the product in 2011. Not only did Jacobsen need to perfect the process, but he also needed to use the best water in Oregon. “For me, finding the best water was just like a winemaker finding the best grapes,” he explains. Jacobsen’s favorite dish on which he garnishes salt is simple—he likes to put the classic finishing salt on eggs and toast in the morning. He sees Jacobsen Salt Co. as an approachable, user-friendly luxury, that brings out the natural flavor of each dish.

We've got you covered! — Although items are currently unavailable from this maker, find other specially chosen items you'll love »

Over 25 Years of Grocery Home-Delivery