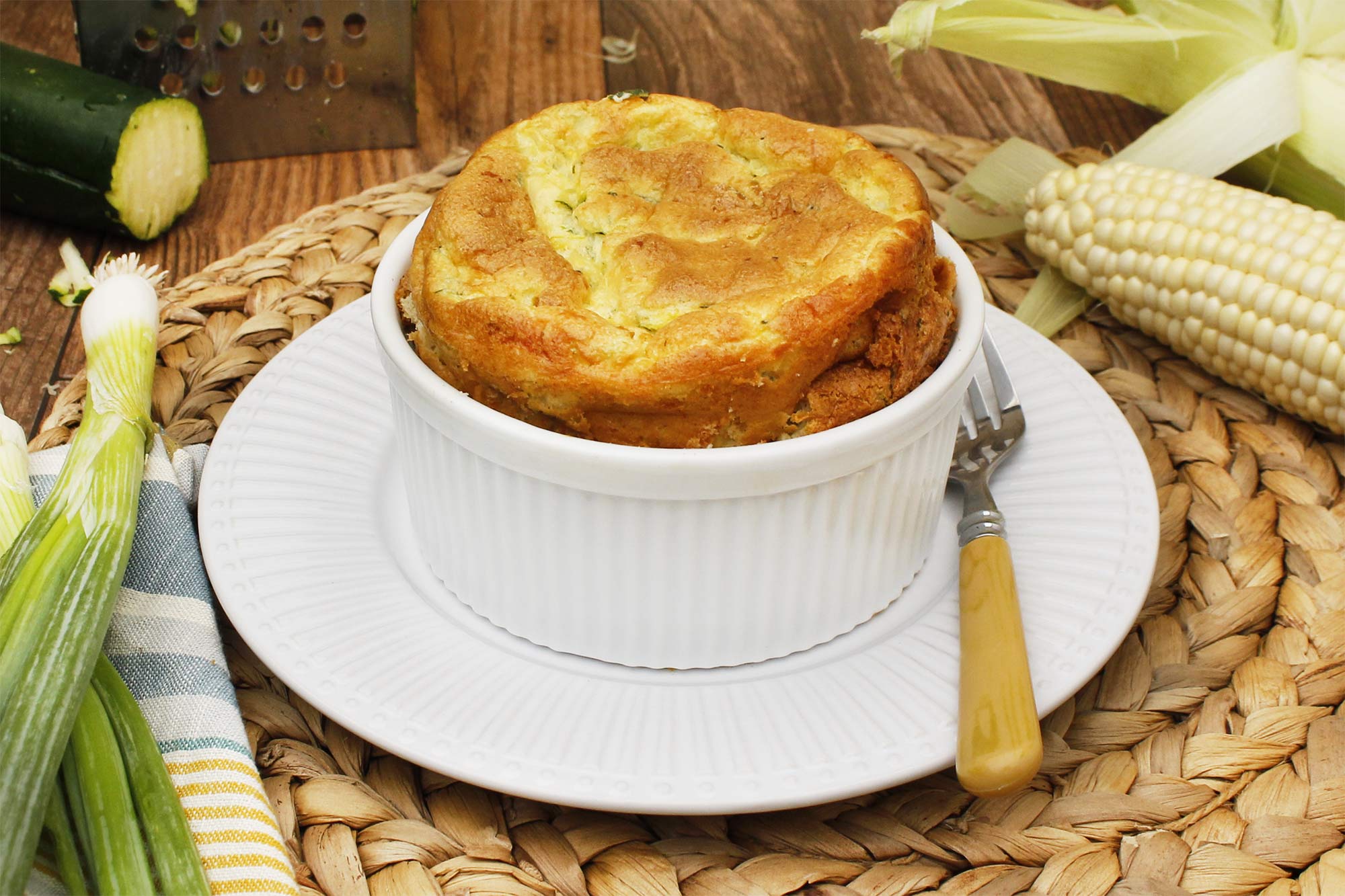 This savory souffle is fluffy and delicious, filled with zucchini, corn and cheese.

2 ears (about 2 cups) corn, husked and kernels cut from the cob

This savory souffle is fluffy and delicious, filled with zucchini, corn and cheese.

Preheat the oven to 350 degrees F. Grease a 2 ½ quart soufflé dish with butter and dust lightly with flour.

Shred the zucchini into a colander over a plate or bowl. Sprinkle with 1 teaspoon salt and toss to coat. Let stand 30 minutes, until most of the natural juices are released. Rinse and drain well, blot dry with paper towels. Set aside.

Cut the corn kernels from cobs. In a large skillet over medium-high heat, cook the corn with 1 tablespoon butter until the corn is a bit tender, about 1-2 minutes. Pour the corn into a large bowl and set aside.

In the same skillet, heat the rest of the butter over medium-high heat. Add the green onions and zucchini and cook until tender, about 1-2 minutes. Stir in the flour, 1 teaspoon salt and pepper until blended well; slowly stir in the milk. Bring to a boil while stirring constantly. Cook until the sauce is thickened, 1-2 minutes.

Bake 45-50 minutes or until the top is puffed and the center appears set. Serve immediately.